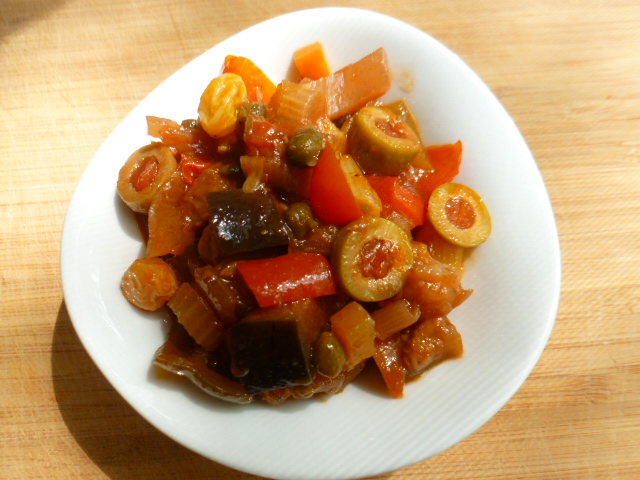 When I’ve found some ripe tomatoes, eggplants and peppers at the farm stand, I’ve decided it’s time to prepare a nice batch of Caponata – a tasty sweet and sour Sicilian eggplant dish.
Caponata is wonderful as a side dish, especially with fish and seafood, but also with chicken and other meats. It is also wonderful as a topping for Crostini, and can also be served as a dip, with crackers or toasted points.

There are many versions for this dish, and the one I have here is the result of trying several over the years. Unlike in most of them, I prefer not to deep-fry the eggplant first. I find they hold their shape without it and the dish is obviously less heavy, but not less tasty.
Most of these versions don’t have carrots in them, but I definitely love the texture and flavor they add, so you’ll find them here.
While reducing the amount of vinegar (most recipes call for up to 1 cup, which I find overwhelming), I’ve added some acidic flavors from red wine, sun dried tomatoes, tomato paste and Balsamic vinegar. Instead of sugar I’ve used honey, which adds not only sweetness but wonderful aroma.
One ingredient that is usually found in most versions is pine nuts, which I usually love, but not here. So feel free to add it if you prefer.
Another difference you’ll find in this version is that I prefer to bake the dish for a couple of hours, rather than cook it stove top only. I find that baking adds another layer of flavors, with an added bonus of not having to mix the dish occasionally while cooking.
As tasty as the Caponata is immediately after cooking, it tastes even better after a night in the fridge and served cold. It can be kept in an airtight container in the fridge for up to ten days.
The quantities given here are more of a general guideline. Feel free to create your own version and enjoy this tasty dish.

1. Mix the oil and diced onion in a wide pot and sauté gently over medium-high heat, just until the onions soften. Gradually add the rest of the vegetables, one by one, mixing gently and sautéing for a few minutes after each addition. 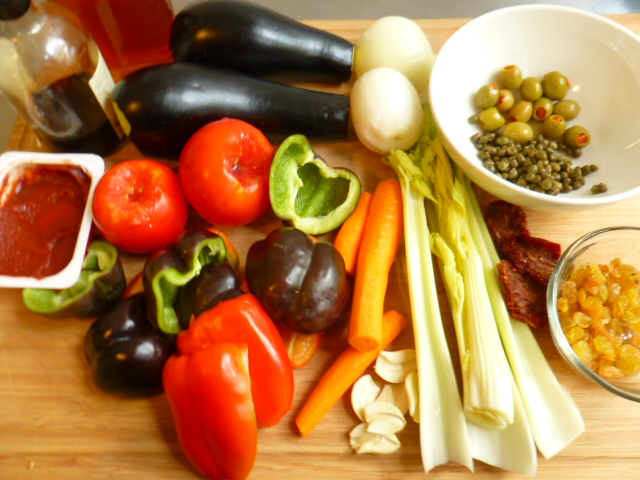 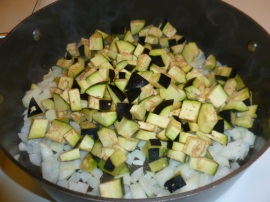 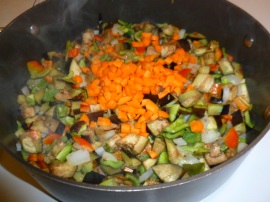 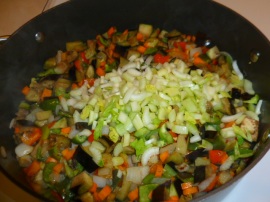 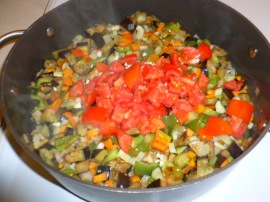 2. Add the rest of the ingredients, mix and bring to a boil. Lower the heat to medium low and cook for 30 minutes, covered. Taste and adjust seasoning. 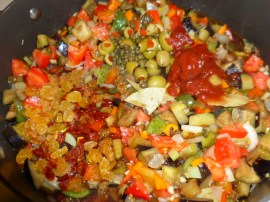 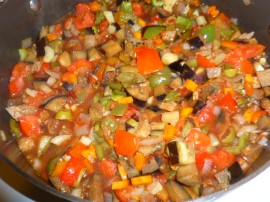 3. Meanwhile, preheat the oven to 195F (90C). Bake, covered, for 1½ hours. Uncover the pot and bake for 30 minutes longer. Bring to room temperature and place in the fridge overnight. Serve cold or at room temperature. 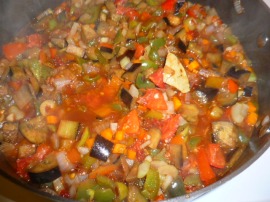 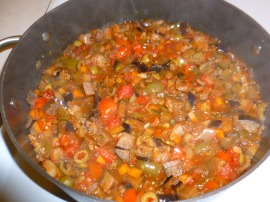 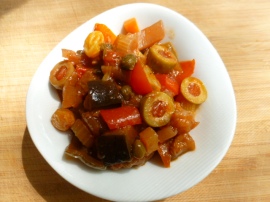 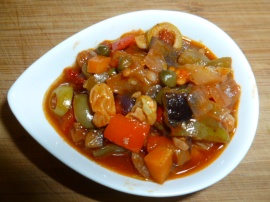 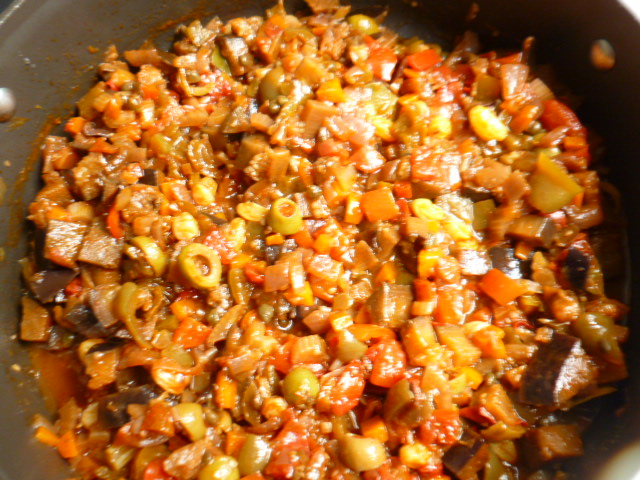